Applications to join the British Army were plateauing. With social, political and demographic factors diminishing the recruitment pool, it needed to broaden its pool of potential applicants. Through insight, bespoke research and data analysis, it uncovered a new and surprising benefit with universal appeal â the sense of belonging. Storytelling channels, such as TV, cinema and VOD, showcased moments of authentic camaraderie and strong bonds, while using targeted media and executions helped exhibit a range of individual motivating factors for different audience segments. Social content invited potential applicants to engage individually with real soldiers and influencers. Regular soldier applicants rose by 38 per cent, reserve soldier applicants grew by 48 per cent, and the cost per application was significantly less than projected with increased media spend.

The importance of meeting Army recruitment objectives cannot be understated. With young people having more options than ever before, and social, economic, and geo-political factors working against us, our recruitment environment had become highly competitive. We couldnât just rely on a traditional pool of recruits to provide the sufficient number of applicants needed to keep the Army at full strength. We had to make the Army a more relevant career choice to more young people, and to do that we couldnât continue doing what we had always done. At its core the This Is Belonging campaign has allowed us to appeal to a new generation in a much more human and authentic way. But more than that, itâs a campaign that appreciates not every young person is the same, and that different aspects will appeal to different candidates in different media contexts. It uses data and technology to make the campaign persuasively tailored in social and digital channels where candidates spend time making their decision. This Is Belonging has given us a clear point of difference and a consistent emotional benefit that we have applied to all our internal and external communications. The data driven insight from the campaign around individual drivers has allowed us to create a variety of targeted messaging across our campaigns and optimise them to get the most effective results. The complex and nuanced media mix, backed up with econometric modelling, has allowed us to reach our audience who have a more fragmented media consumption than ever before in the most efficient way possible. Ultimately, it has given us a long-term platform that we can continue to develop and build on so that a new generation can truly understand what it means to belong in the British Army. 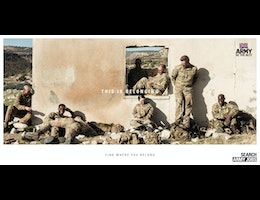 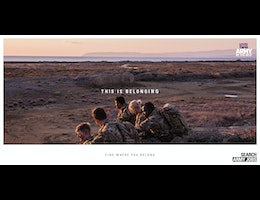 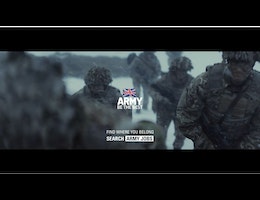 Capita, for the British Army