How Purplebricks brought Commisery to the UK's estate agents

Online estate agents had failed to disrupt the property market despite trading for almost a decade. To drive consideration and increase instructions to sell homes, the online-based Purplebricks needed to engage the mass market with its key differentiator - unlike most estate agents, it does not charge sellers commissions. It invested in TV-led advertising empathising with peopleâs âcommiseryâ â an imagined despondency you might feel if you thought you had needlessly paid out thousands in commission. Following the campaign, consideration rose from 23% to 38%. Market share almost doubled and revenue grew by Â£35.1m (218%) in 2016-17. The change helped the company swing from a Â£4.4m loss to a Â£3.7m profit in one financial year.

The first thing is the importance of framing. Many companies in our sector of the estate agency market have used 'cost-saving' as a central plank of their advertising approach, but with little meaningful success in terms of building sales. In developing the 'Commisery' campaign, we too wanted to use the cost-saving benefit of not having to pay commission. By framing it in the context of 'loss aversion' we were able to give our cost-saving message greater meaning and we know that, because of this, we struck a genuine nerve. It was this insight that led to the turbo-charging of our performance, so we will never underestimate the importance of uncovering a genuine insight again! The second key learning is that people respond more emotionally than rationally. In our previous campaigns, whilst we had recognised the strength of an emotional appeal, we had relied heavily on the rational story. With Commisery we turned this balance around and concentrated primarily on maximising the emotional pull of the ads. This included ensuring that we made everything 'look good', hence elevating the stature of the Purplebricks brand. Lastly, we've learned that if you use television advertising in the right way, it is an incredibly powerful medium. Many people in the industry know that, at any one time, only about 8% of the adult population is 'in market' for estate agency services. Surely therefore, by advertising on TV, we are wasting 92% of our money by talking to people who are not in market? What we have been able to prove is that TV can yield far lower costs per instruction than many of the tightly targeted media that now exist. But only if you do it right. Commisery did it right. 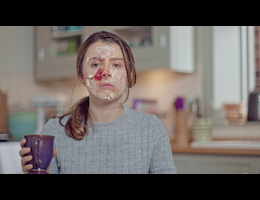 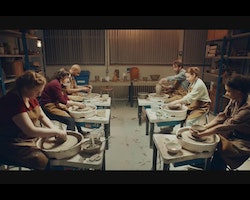 How Purplebricks brought Commisery to the UK's estate agents